The Soundhouse Organisation is a Scottish Charitable Incorporated Organisation. Our trustees are all passionate about music. Meet them below … 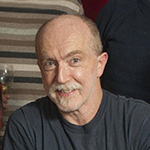 Douglas Robertson’s day job is freelance photographer working with corporate, academic, media, trade union and arts clients, but for over ten years has been hosting concerts in his house. Thanks to possibly the longest period of market research in history he is convinced that a venue that provides a warm welcome to musicians and music lovers alike will be an accolade to any city, but particularly Edinburgh where the dearth of small to medium sized venues is seriously affecting musicians’ ability to play here and audiences’ chances of enjoying live music. 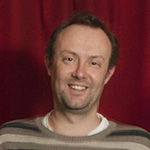 Since 2004, he has held the 1st Alto chair in the celebrated Scottish National Jazz Orchestra. 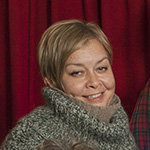 Heather Macleod has worked professionally in most aspects of music production since setting up as a sole trader and creating Leod Music in 1998. This is also the name of her own record label which released her own solo album in 2005. As well as working mainly as a performer and arranger for various projects, both live and in the studio, she has experience in programming, agency, tour management, and promotion. Currently Heather’s main occupation is performing with and producing The Bevvy Sisters and The Loveboat Big Band. 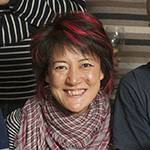 Korean-born cellist Su-a Lee has been a member of the Scottish Chamber Orchestra since 1993 where she is also part of the experimental SCO LAB group and regularly participates in both the Orchestra’s education and community outreach programmes. Su-a was also a founder member of the group Mr McFall’s Chamber which was formed to present classical music in new and inventive ways. She is very much in demand as a musician outside the classical sphere, playing across the art forms and musical spectrum. She has played for theatre, dance and film and performs regularly with Scotland’s jazz and folk luminaries. 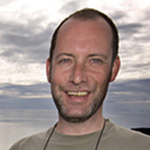 Andy Levy is perhaps better known by his DJ moniker Dolphin Boy. He’s a well loved figure in festival circles, and a well known face behind the decks at parties in odd and far-flung places. At one time a cult down-tempo producer, he now focuses on remixes and mash-ups that marry funky breakbeats with all kinds of traditional and not-so-traditional samples. Besides festival and gig appearances, he is in charge of the Tradfest Club in Edinburgh each May. 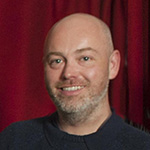 Best known for the groundbreaking folk trio Lau that he formed with accordionist Martin Green and singer/guitarist Kris Drever, the Oban-born fiddle player also tours and records with Kan, a trad-inspired combo he put together with flautist/whistle player Brian Finnegan.

Highly respected as a solo artist, composer and producer, Aidan O’Rourke is one of Scotland’s leading artists, defining a modern attitude to traditional music.

Fiona enjoys helping arts and creative industry businesses survive and thrive. She currently works for Interface helping creative businesses with innovative ideas find academic expertise to support their innovations. Through her work developing and delivering events, resources and programmes at Cultural Enterprise Office, she supported many small businesses across Scotland create, grow and sustain their ventures. As a freelancer she has worked on small and large scale projects in the music, visual arts and crafts sectors. She originally trained as a tapestry weaver and maintains a working interest in craft and textiles through projects with Applied Arts Scotland, Craft Biennale Scotland and British Council. She is a founder member of the Scottish Artists Union and sings in the Soundhouse choir.