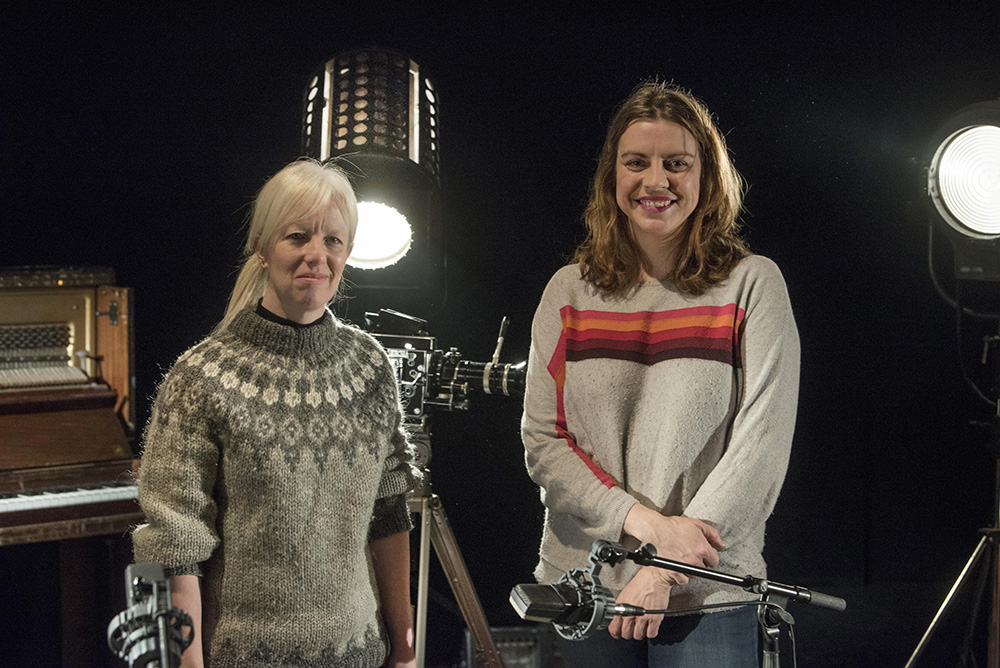 We are delighted to welcome back one of the most talked about acts of 2021’s Soundhouse Spotlight season, Signy & Emma …

A nominee for Folk Instrumentalist of the Year 2019, Signy Jakobsdottir is one of Scotland’s most interesting percussionists. Highly in demand, she has performed with Karine Polwart, Sian, Josie Duncan, and the Shee to name a few, and has honed a mesmerising solo sound performing for contemporary dance classes. Her sound is at times light and euphoric, and times driving and powerful.

Double bass player Emma Smith has forged a career as a versatile composer, improviser and collaborator. A Royal College of Music graduate she is a sought after session musician with tours including Gorillaz, Eliza Carthy and Laura Cortese. Keen to explore musical boundaries she founded her own experimental band Kikazaru and established the innovative platform “Bitches Brew” for presenting female improvisers. She has further brought her music to connect with people in extreme circumstances through her work with Musicians Without Borders in El Salvador, Palestine and Northern Ireland.

Signy & Emma have performed as a duo since 2017, building on Signy’s solo compositions which blend rhythms within rhythms, explore drums as melody and bring the backline to the front. Emma uses double bass and Signy uses kalimba, live looping and hand drums. The music is part composed and part improvised. They have performed at the Glasgow International Jazz Festival, London International Jazz Festival, Jazz North East’s Women Make Music, Imbolc at Culturlann Derry, and Bitches Brew in Glasgow and Edinburgh.

This gig has been sponsored by an anonymous benefactor. Find out how you can sponsor a gig here >>

The Soundhouse @ Riddles Court Season is supported by: