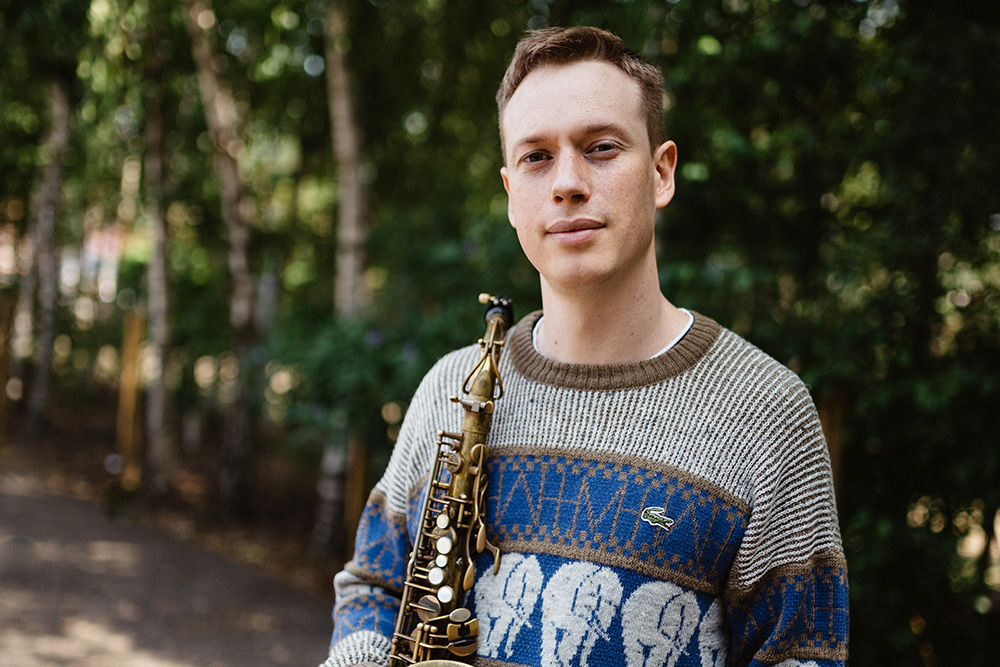 A pleasure to welcome a jazz trio making their Traverse debut …

London-based alto saxophonist Sam Braysher has received widespread acclaim for the two albums released under his own name, both of which feature renowned international collaborators. Golden Earrings, with American pianist Michael Kanan, was described as “delightful and surprising” by Dave Gelly in the Observer, while his recent trio album with Jorge Rossy (Brad Mehldau Trio) and Tom Farmer, was praised in Jazzwise as “a triumph of intelligence and sentiment”.

For this concert, Sam is joined by the award-winning Scottish double bassist Andrew Robb. A highly in-demand sideman, Andrew was awarded 1st Prize at the European Society of Bassists Jazz Competition in 2018 and is a former BBC Radio Scotland Young Jazz Musician of the Year.

The trio will look at lesser-known items from the American and jazz canon, including compositions by the likes of George Gershwin, Kurt Weill and Carlos Antonio Jobim.