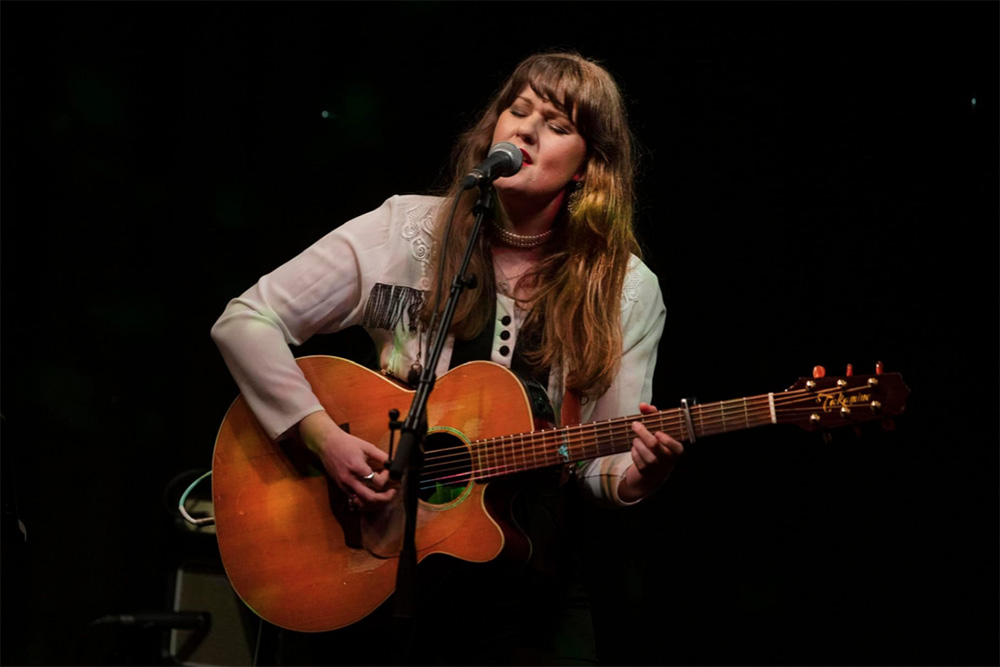 Singer/songwriter Kirsten Adamson summons the same heart-stopping purity as Sandy Denny, by way of Emmylou Harris and Kate Bush. Transcendence runs in the family. Her father was Stuart Adamson (Skids, Big Country) and her mother Alexandra, a champion Highland dancer.

With summers spent soaking up the atmosphere in Nashville with her dad and a string of leading roles in musical theatre back in the UK, the teenage Adamson’s course was set. She sang backing vocals on Big Country’s last album Driving to Damascus at age 13. By 2010, she was forging her own career as a vocalist and keyboard player for indie-folkers Aberfeldy. She fronted country rockers The Gillyflowers and more recently shone as half of alt-country duo The Marriage, and then on a self-titled solo debut. The austere beauty of her voice has been a constant motif.

Kirsten’s most recent single Peace In Our Time, a collaboration with a host of U.K. singer/songwriters such as Jill Jackson, Karen Matheson, Jason McNiff to name a few, charted in the official top 40 and has raised over £1000 for the War Child charity.

In a reflective mood, she’s now gearing up to release a new solo LP this winter produced by award-winning songwriter Dean Owens.