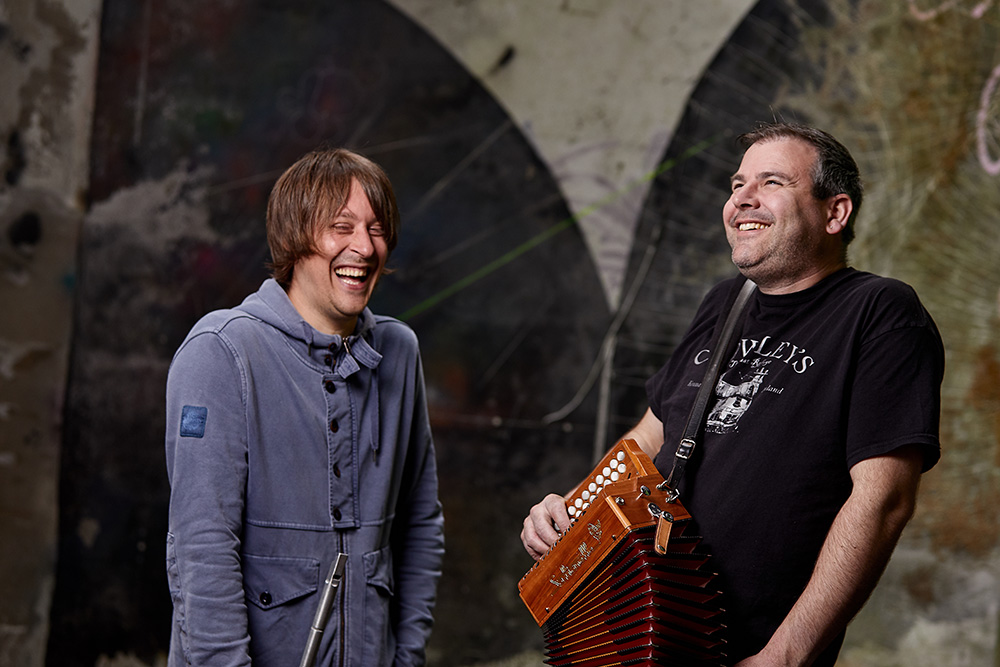 Award-winning musical geniuses Ross Ainslie and Tim Edey – two old friends who are also two of the best musicians of their generation.

Tim is a former BBC Musician of the Year (BBC Folk Awards 2012) , winning best duo with Brendan Powers in the same year. He is The Chieftain’s guitarist and accordionist of choice, alongside a long standing solo career. Rated by many to be one of the best guitarists and melodeon players in the Celtic folk scene, he has recorded and toured with everyone from Christy Moore and Altan to Natalie MacMaster.

This gig replaces our gig with Gnoss which has been postponed due to Covid.

This gig has been sponsored by Mike & Tricia Lewin. Find out how you can sponsor a gig here >>

The Soundhouse @ Riddles Court Season is supported by: