“The pulse of all our lives…” – Irvine Welsh

Hard to pin down to a particular genre, his music is a unique blend of Scottish roots and Americana – the unfettered enthusiasm of a rock n roller coupled with the sympathetic delivery of folk’s best storytellers.

While never losing his own unique Scottish identity, Dean has had a longstanding love affair with the USA since his early days as front man of Scottish alt-country band, The Felsons. He has recorded most of his seven solo albums there, including Southern Wind, the title track of which won the UK Song of the Year Award at the 2019 Americana Music Association UK Awards.  A “Best of” album – The Man From Leith was released in early 2020, on London’s Eel Pie Records.

He has also been involved in numerous side projects including Buffalo Blood, recording on location in the New Mexico desert with grammy nominated producer and musician Neilson Hubbard with Audrey Spillman and Joshua Britt – a collaboration described by BBC’s Paul Sexton as “a US/UK Americana supergroup”.

Dean’s next album is a collaboration with iconic “desert noir” band, Calexico, which he recorded in Tucson, USA. Sinner’s Shrine is scheduled for release in Autumn 2021, preceded by a triple EP release, The Desert Trilogy.

For this specially filmed online concert Dean will be joined by his old Felsons pal Kev McGuire on bass and regular collaborator Amy Geddes on fiddle.

THE SOUNDHOUSE VIEW:
“Dean Owens played our very first concert back in 2002. At that time he had two Felsons albums and one solo CD behind him. He has subsequently added another six solo releases to his discography. He’ll be spoiled for choice when it comes to selecting the half hour of music you’ll see on 19 April.” – Douglas and Jane-Ann

Concert available to view from Monday 19 April 2021 at 8pm

You can book at any time until Monday 26 April 2021 at 8pm, and you have one week to watch it from date/time of booking. Please email boxoffice@traverse.co.uk if you need help booking your ticket. 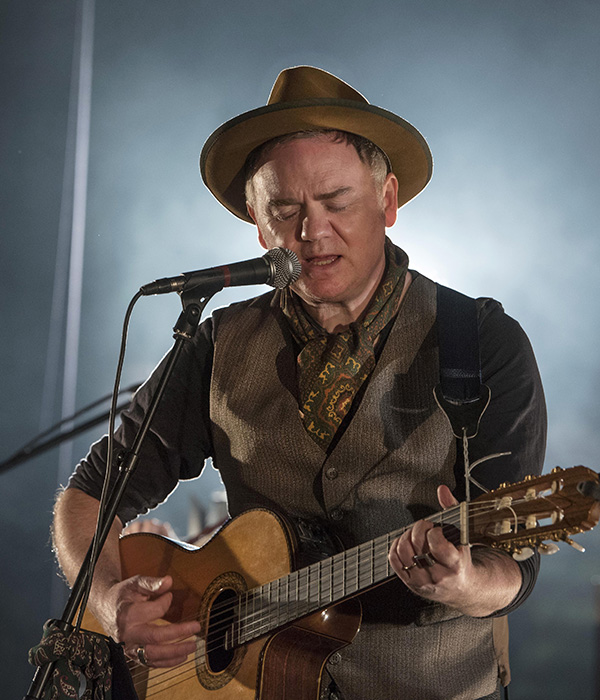