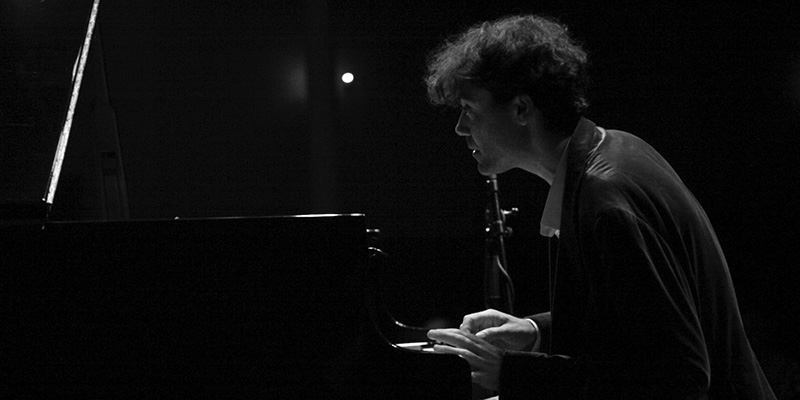 When you were a child what did you want to be?
A piano player, believe it or not.

What would you tell your 16-year-old self now?
To go for things more and worry about the consequences less.

What are the best and worst things about being a musician?
Best – living your life through music, grasping the amazing collective feeling amongst musicians when on stage and occasional wonderful connections between musicians and audience. Letting go.
Worst – the bullshit (although I largely avoid this these days).

What was your favourite ever gig to play?
Wow – too many to remember, but I think MB with Valentina Martinez (who will join us for a few numbers on the 19th) last year at the Queens Hall ranks pretty high.

What was your favourite ever gig as an audience member?
Madness, Finsbury Park 1992.

Who would play you in Moishe’s Bagel: the movie?
Ha! Robert Downey Jr (I should be so lucky).

If you could build a fantasy band who would you include (and you can’t choose anyone in your current line-up)?
Wow, that’s hard. Thelonious Monk, Chava Alberstein, Jim Black, Pete Kubryk Townsend, JJ Cale, Paul Brody, Karen Tweed, Bob Marley and Regina Spektor. But ask me tomorrow and it will probably be a completely different line-up (except for Bob Marley).

What non-musical talent do you have that might surprise people?
I can juggle.

Why have you decided to play The Soundhouse benefit gig?
Music is as good as life gets. To share music together is one of the best things we can do as human beings. But we need venues to do it in, places where we can learn, teach and play. The noose on creative spaces is tightening all the time … long live the Soundhouse and all who sail in her!

Tell me a joke.
What do you do if you see a spaceman? Park in it, man.

Phil Alexander will be playing keyboards for Moishe’s Bagel at the Soundhouse benefit gig at The Bongo Club on Thursday 19 June 2014. Buy your tickets now!