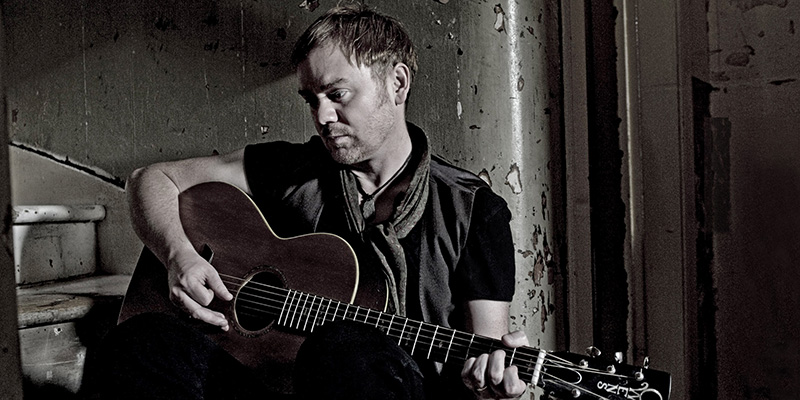 When you were a child what did you want to be?
Older and to play for Hearts and Scotland. Oh, and to be a world champion boxer.

What would you tell your 16-year-old self now?
Get a real job!

What are the best and worst things about being a musician?
I don’t really consider myself a musician. They’re people who can accompany other musicians and can really play a musical instrument. I sing, strum a few chords and write catchy wee songs. The best part is that mostly I get away with it.

What was your favourite ever gig to play?
Apart from at Douglas’s house, probably playing the SEC in Glasgow with The Felsons, The Shetland Folk Festival, or last year when I played a benefit show in my hometown of Leith to help raise funds for the restoration of the Leith Theatre. It’s just around the corner from where I grew up so it felt really special to me.

What was your favourite ever gig as an audience member?
Ooh, that’s a hard one. So many great gigs. Ok I’ll just pick the first one that comes to mind. The Waterboys supporting U2 around 1984-ish at the Edinburgh Playhouse. They blew U2 off the stage.

Who would play you in Dean Owens: the movie?
In an ideal world probably Stan Laurel or Oliver Hardy. Jack Lemmon or Shirley Maclaine.

If you could build a fantasy band who would you include (and you can’t choose anyone in your current line-up)?
To be honest the guys I just recorded out in Nashville with will do – Will Kimbrough on guitar, Neilson Hubbard on bass, Evan Hutchings on drums and Jen Gunderman on keyboards. Though I might need to sneak my old mate Kevin McGuire in there to really play the  double bass.

What non-musical talent do you have that might surprise people?
I’m a good plasterer. Just ask Douglas.

Why have you decided to play The Soundhouse benefit gig?
Because I really believe in what the Soundhouse is all about and Douglas Robertson has been a huge supporter of me and my music over the years. Edinburgh needs a Soundhouse and the Soundhouse needs Edinburgh to support it.

Tell me a joke.
England will win the world cup!

Dean Owens will headline our benefit concert at The Pleasance Theatre on Friday 27 June 2014. Get your tickets here!