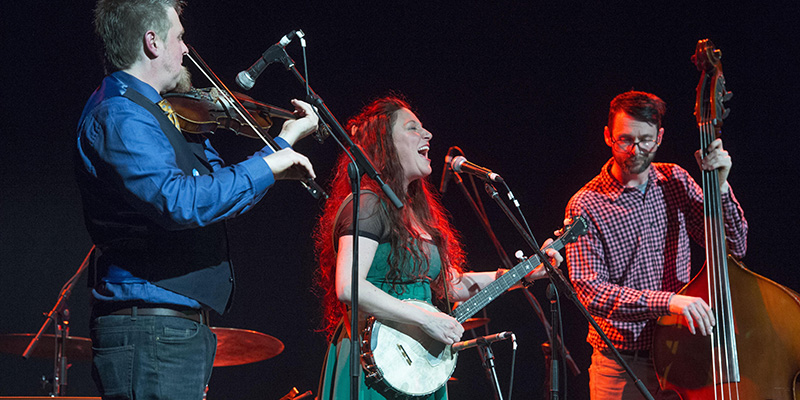 When you were a child what did you want to be?
A grownup.  A Mother. A Wife. Chopin.

What would you tell your 16-year-old self now?
Don’t fret.  Drive slow.  New York is snobby, west coast rules.

What are the best and worst things about being a musician?
Everything is awesome, no really, why are you asking?  Did you like the set? The new songs? I knew that A# shouldda been a Bflat.  I love when people give interesting-(nice!) tips.  I don’t like when they won’t let me go to the bathroom, or corner me during the sesh. I also hate it when people request deliverance or ‘o brother wher art thou’. I actually thought Clooney reeked of a rich-ba-fooney in that.

What was your favourite ever gig to play?
Douglas’s living room forever. The end.  This is a trick question.

What was your favourite ever gig as an audience member?
I saw Willie Nelson play at Northern Arizona University when I was 9 or 10. He winked at me, I’ve never stopped melting. I am the product of Wille Nelson’s wink.

Who would play you in Cera Impala: the movie?
Lili Taylor or maybe a young Stockard Channing…

If you could build a fantasy band who would you include (and you can’t choose anyone in your current line-up)?
Wow, uh, David Railings,  Neko Case? But to be fair,  I actually love the people I play with especially Dr. Dirk [Ronneburg] and the Bevvies.

What non-musical talent do you have that might surprise people?
I felt. I felt and then I felt some more I also crochet, I garden … and  I can swim butterfly.  But mostly I can read your mind, so don’t stand too close, unless you trust me with that information. You should probably just trust me.

Why have you decided to play The Soundhouse benefit gig?
I love the notion of musician supporting musicians.  it’s the most unheard of thing I’ve ever heard of!

Tell me a joke.
What do you say to a fiddler in a three piece suit?  Will the defendant please rise.

Cera Impala of The Bevvy Sisters will guest with Dean Owens at our benefit concert at The Pleasance Theatre on Friday 27 June 2014. Get your tickets here!