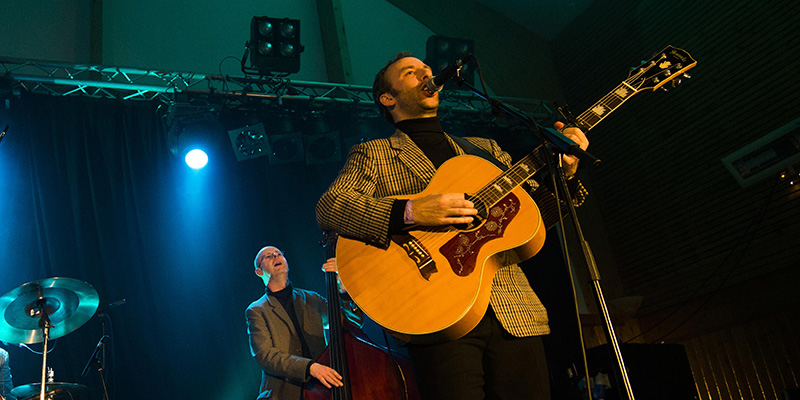 When you were a child what did you want to be?
Work for Greenpeace and die for a good cause in the pursuit of saving animals.

What would you tell your 16-year-old self now?
Follow your heart. Only dead fish ‘go with the flow’. The ass isn’t always greener on the other side.

What are the best and worst things about being a musician?
The hours.

What was your favourite ever gig to play?
There have been a few and for many different reasons, but maybe a split between playing in a cool club in San Francisco, playing (and winning) in the final of the MTV unsigned band award and playing to 18,000 drunken revellers in George Square at Hogmanay.

What was your favourite ever gig as an audience member?
When I worked at the Jazz Cafe in London I saw quite a few but Chaka Khan doing an intimate gig with a tight-ass funk band was probably the most memorable.

Who would play you in Banjo Lounge: the movie?
Nicolas Cage.

If you could build a fantasy band who would you include (and you can’t choose anyone in your current line-up)?
Animal from The Muppets on drums (obviously), Dr Spock on Minimoog Synthesizer, Jimi Hendrix on Stylophone with Bill Bailey playing everything else. Music written by Lalo Schiffrin.

What non-musical talent do you have that might surprise people?
I can do a mean pigeon impression.

Why have you decided to play The Soundhouse benefit gig?
Because its a great cause for great people doing a great thing for a great reason.

Tell me a joke.
What was E.T. short for? Because he had little legs.

Barney Strachan and the Banjo Lounge 4 will play our benefit concert at The Pleasance Theatre on Friday 27 June 2014. Get your tickets here!