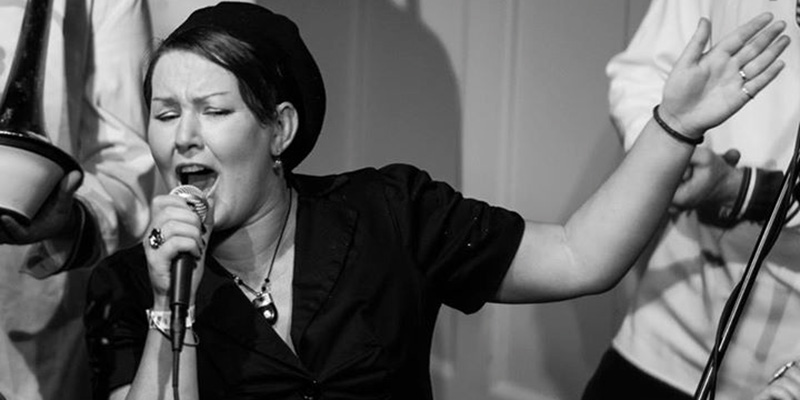 When you were a child what did you want to be?
When I was wee I wanted to be a teacher, then later on, a musician. I became a fully qualified primary school teacher last year after being a musician for most of my life. I guess I’m now doing what I always wanted to even though I did it back to front.

What would you tell your 16-year-old self now?
‘Watch out for that Bancroft boy … he’s gonna be trouble!’

What are the best and worst things about being a musician?
Worst – no having any gigs and getting ripped off. Best – having a job that you love, that can take you all over the world and working with amazing people.

What was your favourite ever gig to play?
Hard one this: might not have happened yet! Recently though, The Bevvy Sisters played at the famous New Adelphi Club in Hull run by Paul Jackson. The best sound and hospitality I have ever experienced. But also I very fondly remember a gig when I was in a duo with Sophie Bancroft back in the day, at the Shetland Folk festival. We were a relatively new band and this was our first trip to Shetland.  We were asked to play on the last night of the festival, which was a great honour, and were joined by some of the Shooglenifty boys. Magical.

What was your favourite ever gig as an audience member?
Another tough one! I think it was seeing the Tom Bancroft Orchestra at the Queen’s Hall in 1993. Amazing gig and also the night I fell head over heals in love with Mr. B.

Who would play you in The Bevvy Sisters: the movie?
Shirley Mclean a la Charity Hope Valentine in Sweet Charity. Dance hall hooker about sums me up!

If you could build a fantasy band who would you include (and you can’t choose anyone in your current line-up)?
I was brought up on some serious jazz so my band would be mostly jazzers and funker, motherfunkers like: Keys – Brian Kellock, Bass- Jaco Pastorious, Guitar – Prince, Drums – Elvin Jones, BVs – Stevie Wonder and Bobby McFerrin.

What non-musical talent do you have that might surprise people?
I can ask for a beer and tell someone to fuck off in 6 different languages … including English! (Although people who know me may not be very surprised by this.)

Why have you decided to play The Soundhouse benefit gig?
Douglas and Jane-Ann have shown amazing support to my band at the house. Anything that you guys do, is cool with me. I’ll support it with bells on! There is a dearth of gigs in Edinburgh just now and you guys have been a life-line.

Tell me a joke.
It would be great if I had a joke about a small bird made out of mahogany, wooden tit?

Gina Rae will be singing with The Bevvy Sisters at our benefit gig on Friday 16 May 2014 at The Pleasance Theatre, Edinburgh. She is married to jazz drummer Tom Bancroft (in case you were wondering!).