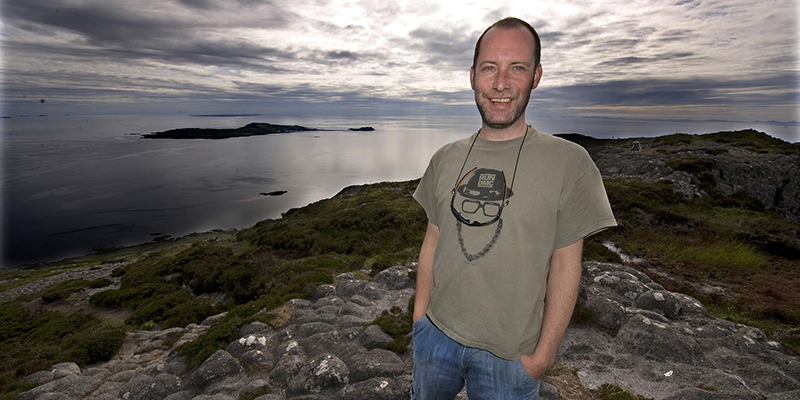 When you were a child what did you want to be?
A real boy.

What would you tell your 16-year-old self now?
Put that down and go outside!

What are the best and worst things about being a musician?
I’m not really a musician, I’m more of a meddler, but I totally love making and playing music. I prefer not to dwell on the downside.

What was your favourite ever gig to play?
I did a 10-hour set at a friend’s wedding a few years ago. It felt like I played every record that ever existed.

What was your favourite ever gig as an audience member?
The Clash at the Edinburgh Odeon in 1978. It was my first gig.

Who would play you in Dolphin Boy: the movie?
Andy Serkis.

If you could build a fantasy band who would you include?
Roy Orbison and Nina Simone on vocals, Leadbelly on guitar, Mitch Mitchell on drums and Sir Les Dawson on piano.

What non-musical talent do you have that might surprise people?
I can levitate.

Why have you decided to play The Soundhouse benefit gig?
The backstage chocolate brownies.

Dolphin Boy will be wrapping up our benefit gig on Friday 16 May 2014 at The Pleasance, Edinburgh. Just a two-hour set though, this time.