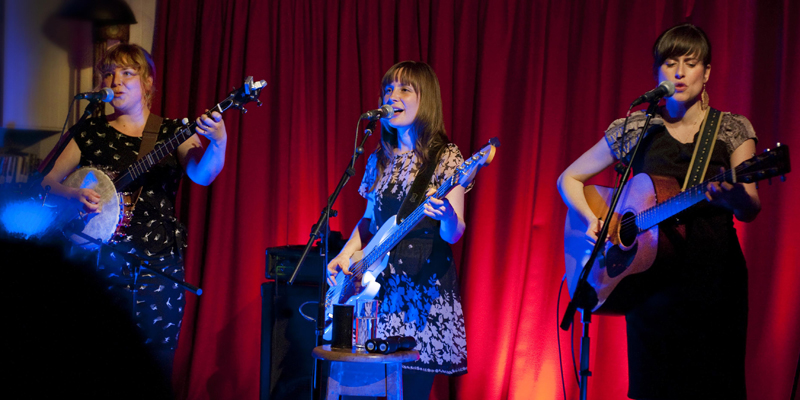 Why our house became “the only viable gig in Edinburgh”

We thought you might like the read Douglas’s article, submitted to the Evening News on Monday, in its entirety. So here it is …

About 20 years ago I rented an old Co-Op grocers to use as a photography studio. I had little use for the large damp basement below the shopfloor and allowed musician friends to practise there. Shooglenifty, Salsa Celtica, Dean Owens and many others took up the offer.

I later bought the property and ten years ago had it converted into a house, where I now live with my girlfriend. In doing so the basement was renovated and the musicians lost their practice space. However, the upstairs area could accommodate a small audience for an intimate house concert and local singer-songwriter Dean Owens was the first musician who saw its potential.

At the same time Edinburgh’s small venues began disappearing one by one: Café Graffiti is now a conference venue; The Venue became The Ingleby Gallery; La Belle Angele and the Bridge Jazz Bar were razed in the 2002 Edinburgh fire; the Roxy Arthouse and the Forest Café closed when Edinburgh University Settlement folded; and many pub gigs suffered from the dead hand of the City of Edinburgh Council’s curious licensing policy.

These places were the lifeblood of the lesser-known, the young and the developing musicians of this city who found that even those badly paid, difficult gigs were no longer available.

So the word spread about Dean’s house concert. The attraction? All the money collected from the audience goes direct to the musicians, our guests actually listen to the music, and friends and followers can bring a can or two of beer and enjoy a concert in pleasant surroundings.

Jim Welsh of Castle FM, an early visitor, had warned me that if we treated musicians well, we would soon be inundated with requests to play. He was more than right. The number of concerts has snowballed. Over the past two years we have hosted countless local and touring musicians playing classical, folk, bluegrass, Americana and jazz, one of the late great Michael Marra’s last Edinburgh gigs, Michelle Shocked’s only two Scottish appearances, and a benefit which raised over £1,200.

So after ten years with not one direct complaint from neighbours, the council has decided that we are not hosting house concerts we are running a venue, and have asked that we stop at the end of this year. We have not been told what the criteria are for this decision: if it is noise, the frequency of the gigs, or guests chatting outside whilst smoking. Any of those things could be dealt with easily.

The vast majority of our neighbours either enjoy our concerts as guests or have no problem with them. Having said that, I know myself how irritating someone else’s music can be. I’ve lived with neighbours who return from clubbing at 3am to restart the party at home. Our house concerts are over by 11pm, often earlier, and contrary to the report in this very paper we are not running a ‘party flat’. We entertain music lovers, not ‘revellers’.

So the dead hand of the council has fallen yet again. It is hugely disappointing for us, and seems an uneven response when residents of Ramsay Gardens and Murrayfield have been complaining about noise for years. But for those musicians who describe their concert in the house as the ‘best gig on the planet’ or the ‘highlight of our tour’, or the thousands of people on our mailing list who enjoy live music in an intimate setting, it has been devastating.

It was never our intention to become the ‘only viable gig in Edinburgh’, but this highlights the sorry state of the city’s live music scene.

As I mentioned the council seems intent on shutting down small venues and pubs who want to host music nights with no rush to issue licences for new venues.

The solution? In the knowledge that we cannot continue with things as they stand we are on the cusp of setting up an organisation to launch a new centre for live music in Scotland: the Sound House. Another inaccuracy in Friday’s article was that the Sound House is closing down. It isn’t. It hasn’t even opened yet. But when it is you can be sure that it will have the best sound, the best lighting and offer the best live music experience on the planet. And all the door money will still go direct to the musicians. You can quote me on that.